Here are some select photos of our trip to Cambodia. We spend about 8 days in Phnom Penh, Siem Reap and Angkor Wat and traveled via Ho Chi Minh City, Vietnam. I have also posted a larger collection with more photos of our trip in the "Cambodia -Working Gallery", but I figured one can only look at so many temples and bones before getting too bored.

Cambodia was a excellent trip! The weather was just perfect with cool mornings and present days. The people of Cambodia were extremely friendly and the local economy is about 10 years behind what you find in Vietnam. This seems pretty good, considering that it was 1991 (following the genocide of the Khmer Rouge in 1979 and the invasion by Vietnam) which kept the country closed to outsiders.

Almost everyone we met was directly effected by Pal Pot and the Khmer Rouge, and if born before 1980, they were directly involved (either as a prisoner/slave or as a Khmer Rouge member). With that said.. it's amazing that they can work side-by-side (victim and persecutor) with what seems to be, little or no animosity towards each other. Cambodia is about 95% Buddhist which may explain the lack of animosity towards each other, but this also seems very ironic as these "Buddhist" people are the same ones that inflicted such torture on their fellow Cambodians?

Siem Reap is a small township just down the road from the massive Angkor Wat region. Once nothing more than a wide spot in the road, in the last few years Siem Reap has become a tourist enclave. It was startling to see the amount of tourist. I guess there really isn't many isolated spots on the globe anymore? I tried my best to keep the tourist out of my shots, which was fairly easy in the early mornings, but by noon the buses arrived. We very much enjoyed Siem Reap and Angkor Wat. It's amazing that we were able to totally explore and climb any of the temples with little or no restrictions or oversight. And if you visit the more remote temples and locations, you can escape the crowds. Very much an "Indiana Jones" kind of adventure.

Phnom Penh is very much a city on the move. like Vietnam, Phnom Penh is in a race to join the 21st century. Still very much a 3rd world city.. it's remarkable to see how much progress has been made in the few short years since the city was repopulated following the total evacuation in the late 70's & 80's.

All in all it was a good trip.. and we are looking forward to visiting again.


Short History of the Khmer Rouge and Angkor Wat.

The Khmer Rouge was the communist ruling political party of Cambodia - which it renamed the Democratic Kampuchea - from 1975 to 1979 The Khmer Rouge is remembered mainly for the many deaths of an estimated 1.5 million people or 1/5 of the country's total population under its regime, through execution, torture, starvation and forced labor. Following their leader Pol Pot, the Khmer Rouge imposed an extreme form of social engineering on Cambodian society - a radical form of agrarian communism where the whole population had to work in collective farms or forced labor projects. In terms of the number of people killed as a proportion of the population (est. 7.5 million people, as of 1975), it was one of the most lethal regimes of the 20th century.

One of their mottos was: 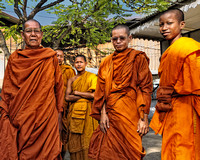 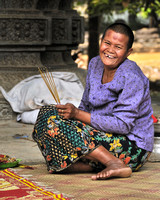 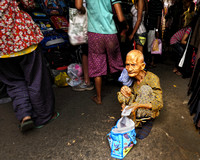 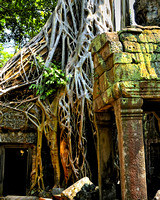 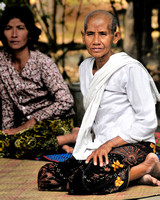